A comparison among pipelines 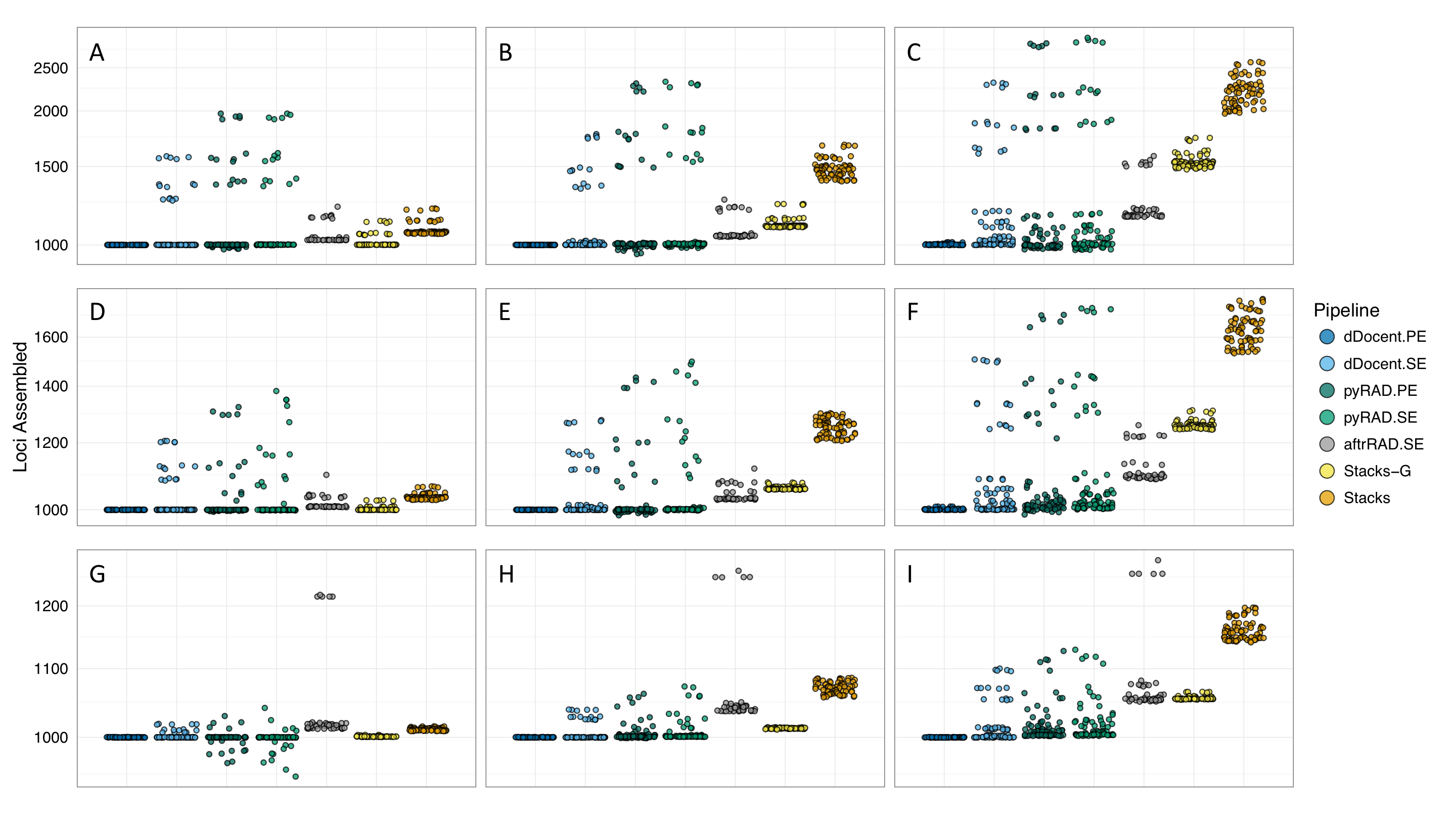 This is 1000 simulated ddRAD data loci being assembled across a variety of parameters for each pipeline. 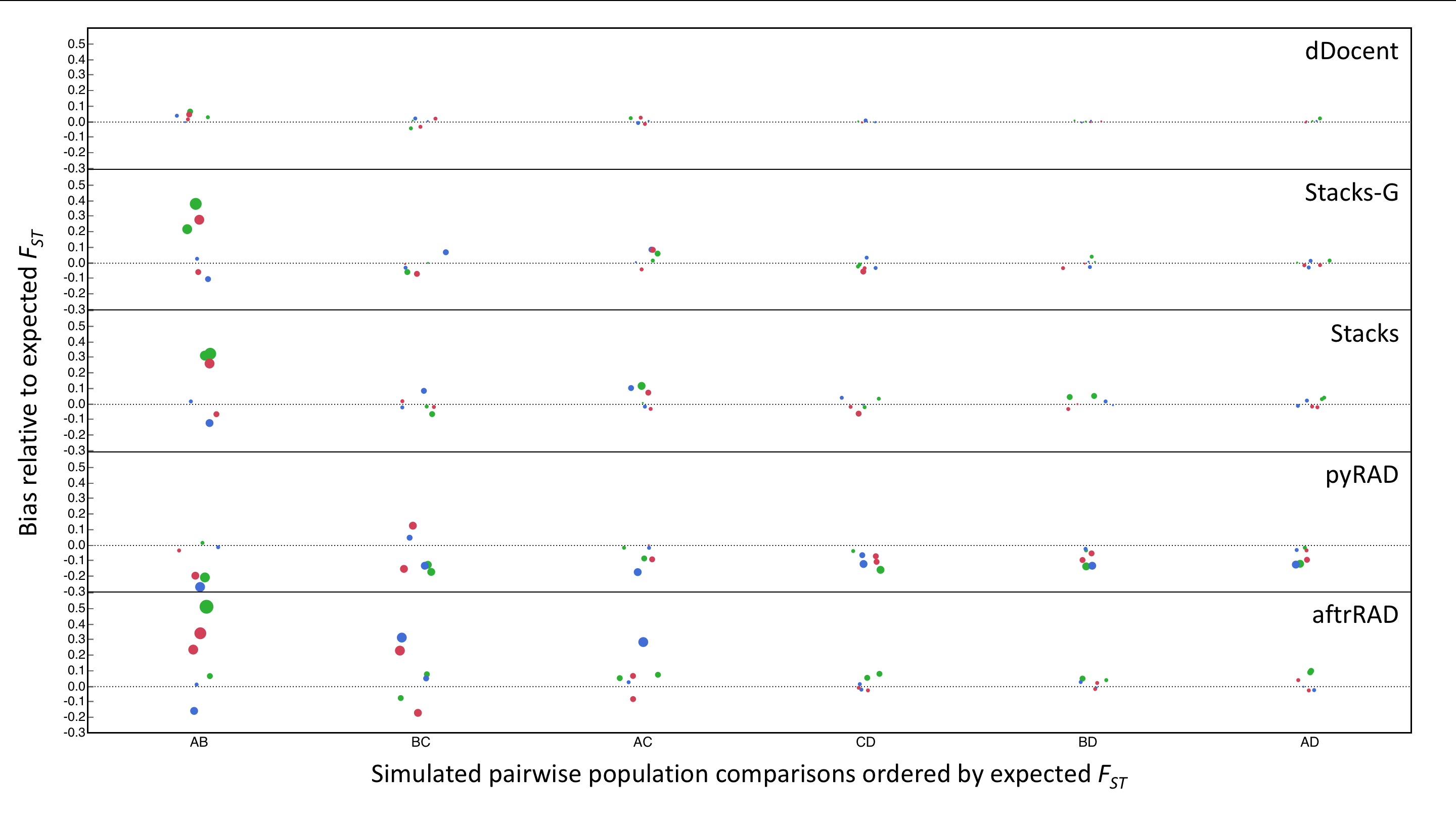 Above is a figure depicting the relative bias of pairwise FST values generated by different RADseq bioinformatic pipelines. Circles are sized according to the magnitude of bias (Observed - Expected)/Expected and are colored relative to the percentage of INDEL variation simulated in the data set: blue- 1%, red-5%, and green-10%. Simulations consisted of four populations in a stepping stone model with a decreasing migration rates.

FreeBayes is a Bayesian genetic variant detector designed to detect SNPs, INDels (insertions and deletions), and complex events (composite insertion and substitution events) smaller than the length of a short-read sequencing alignment. FreeBayes is haplotype-based, in the sense that it calls variants based on the literal sequences of reads aligned to a particular target, not their precise alignment, and for any number of individuals from a population and a to determine the most-likely combination of genotypes for the population at each position in the reference.